The Good, the Bad and the Ugly  —  Lessons from Scaling Marketing at LinkedIn and Pipedrive

Every good story involves a conflict or challenge that needs to be overcome. Without obstacles or a climax, there would be nothing to propel the story forward. Nothing to learn. Sometimes things have to go very wrong before they can become right.

This is certainly true of my story at LinkedIn. This story begins with an impossible challenge — I was hired to launch the LinkedIn France office and to build a marketing engine to fuel the growth and goals of the business in Europe. I was convinced that I could do it all! I’m a hard worker. I have the right experience. What could go wrong?

I jumped into the challenge head first with all the vigour and energy of a new employee and made two big mistakes in the process.

Firstly, I failed to realise that working hard doesn’t always get you to the finish line. Too often I misjudged the time and effort needed to achieve a goal and abandoned the task to run after the next shiny object. I struggled to focus my attention where it mattered and scattered my efforts.

Rather than working harder, I should have worked smarter.

What I needed was a team of talented people around me to collectively drive success.

Two mistakes in and the next part of the story got a little ugly.

So much so that I almost gave up.

It was a turning point in my time in LinkedIn but also in my career in general. I learned from the mistakes, which is why the story had a happy ending. I spent nearly seven years at LinkedIn, witnessing, and hopefully contributing to its incredible growth in EMEA.

When I decided to move to my next play, I made sure I channelled every bit of this experience, good, bad and ugly, into Pipedrive.

Prepare for the job mentally and physically

Before committing to the role, I made sure that Pipedrive and I were a good fit. The product, the team, the culture and the stage of growth all ticked the boxes for me. But I also needed to tick the boxes for them.

Once I said yes, I took time out to prepare myself, my mind and my body.

The mountains are a retreat for me. I took a four-week break to be somewhere that I love: Chamonix Mont-Blanc. I used this time to get fit, both physically and mentally. This job is intense — it involves long working days and regular travel. Feeling strong was pivotal to performing at my best.

I also used this time to prepare my family. I wouldn’t be as available to them, especially in the first few months. It’s important to mitigate the impact of change by making sure everyone is on the same page.

Coming to a role prepared, both physically and mentally, empowered me to give it my all from the first day. I knew I would have to prioritise my efforts from the offset. Mental clarity helped. I knew there were certain expectations from me — a lot of them in fact. It was important to find some ‘quick wins’ by applying what I knew, focusing on core areas and where I could make an immediate impact.

I began my role by spending two weeks in Tallinn to immerse myself in Pipedrive’s culture. LinkedIn had already taught me the importance of company culture, and Pipedrive’s culture and values were a massive point of attraction for me. When you embrace the culture and values of your company, it keeps you focused on what matters to the business. I knew I would need time to get to know them and their quirks well. You cannot hack this one.

Not a one-woman show

This time, I gave an absolute priority to talent. I made time for sourcing and interviews, to hire fast. I hired everyone on potential rather than experience. It may shock my former LinkedIn Talent Solutions colleagues who came up with sophisticated interview guides. Of course I needed proof of competence, but after 20 years of hiring I have learned to listen to instinct. It’s critical.

Bring people on a tour of duty

I had seen at Linkedin that the type of people a company needs varied at different stages of the business. There is no textbook answer. Companies in the early stages of growth need employees to perform like a swiss army knife — they need to be able to do a little bit of everything. But as the business develops on you will need to call on the specialists.

One of the most important things I had learned was to set those expectations right and bring in employees on a tour of duty. Rather than giving hires lifetime employment, setting them up with the knowledge and experience to provide long-term employability is the best thing any manager could do for them. There is mutual benefit.

I learned to pay a lot of attention to onboarding and prepare a road-book for any new employee, so they understand what is expected of them and give them access to the right resources and connections to ramp-up. This provides reassurance, focus, and confidence, and allows me to quickly assess them. This is why probation periods exist. It’s never an easy decision to make, but if there is a doubt, there is no doubt. Because the reality is hiring fast sometimes means firing fast, and that’s alright.

Get help for the metrics

Metrics are everywhere in a SaaS business, but it is hard to find meaning in the noise. Pipedrive is no exception. I quickly realised that everyone was trying to optimise their sub-system, losing sight of their impact on the overall business. I also knew from LinkedIn that without the right data, all you have is an opinion and that Marketing opinion doesn’t necessarily weigh in against Sales or Finance. Which is why I brought in a Business Operations person very early on.

In the end, pick the battles

Six months on, I am currently focusing on three key areas to move Pipedrive to the next stage:

1. Brand and positioning — start from scratch

The founders of Pipedrive come from a sales background and their vision is deeply rooted and propelled by their experience of working in sales. They recognised an opportunity to build a solution and scaled an organisation to deliver their vision in line with their values. This genuine conviction is a powerful foundation and needs to be transcended by Pipedrive’s branding. Early in my time, we went back to square one with a specialised agency, interviewing the founders, speaking to employees, and auditing all assets. We produced a new Brand Manifesto. We are now in the process of rolling-out our revamped messaging and identity across channels.

Navigating the paid marketing vortex is no easy task. Building a scalable growth engine is challenging when online advertising is over-dominated by two players, and you hardly influence your costs. It is an arms race, some players have deep pockets and are ready to commit a lot of money to create a competitive moat. My goal is to pull ourselves out of this arena and become less reliant on paid marketing, to scale intelligently, preserving our long-term viability. To do so, we are rebuilding a powerful inbound marketing engine and relentlessly testing new tactics to optimise and diversify our arsenal.

Hyper-growth companies often run the risk of becoming completely fixated on volume and acquisition. While volume is a powerful way to achieve escape velocity, a business needs to be sustainable. Focusing exclusively on rapid growth can have serious implications on the long-term viability. Also, reaching a large mass of customers (we have over 70,000 at present) changes the equation with up-sell, down-sell and churn having a significant impact on your revenue. We seek the right balance between driving acquisition and fostering customer loyalty, and try to achieve growth while providing genuine value to our prospects and customers, so they spend more with us.

There will always be challenges in business — some good, some bad and some very ugly. And the reality is that sometimes you will fail. One of the biggest roadblocks to success is fear of failure. Fear of failure is far worse than failure itself because it stifles your potential.

When you look back, you realise that failure is painful when it happens (really painful) but becomes a positive thing a few years later. It is called resilience. Embrace challenges, but embrace them intelligently. Prepare yourself, identify where your strengths lie and where you can make an impact. And if you make mistakes, that’s ok. Learn from them, but don’t dwell on them. I believe when you stop learning, you stop growing. I love what I do because it provides the opportunity to continue learning, improving and finding new ways to drive success.

Pipedrive is a partner and sponsor of Latitude59 and the proud presenters of the Pipedrive Unstoppable Party on May 24, 2018! 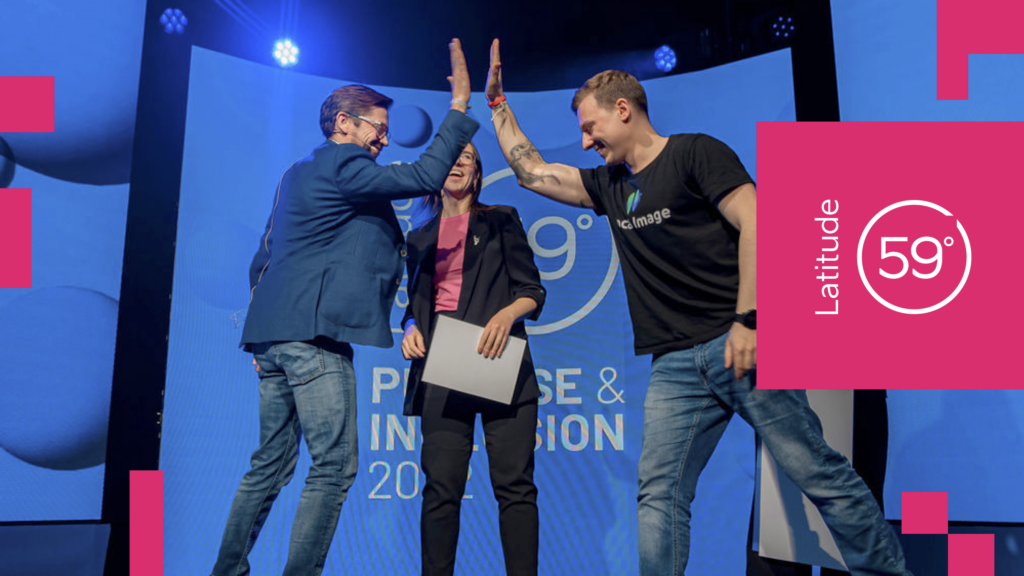 The annual tech and startup conference of Estonia – the country with most unicorns per capita in Europe – is launching a Pitch Competition with a prize fund of up to one million euros – the biggest of its kind in the Baltic region. 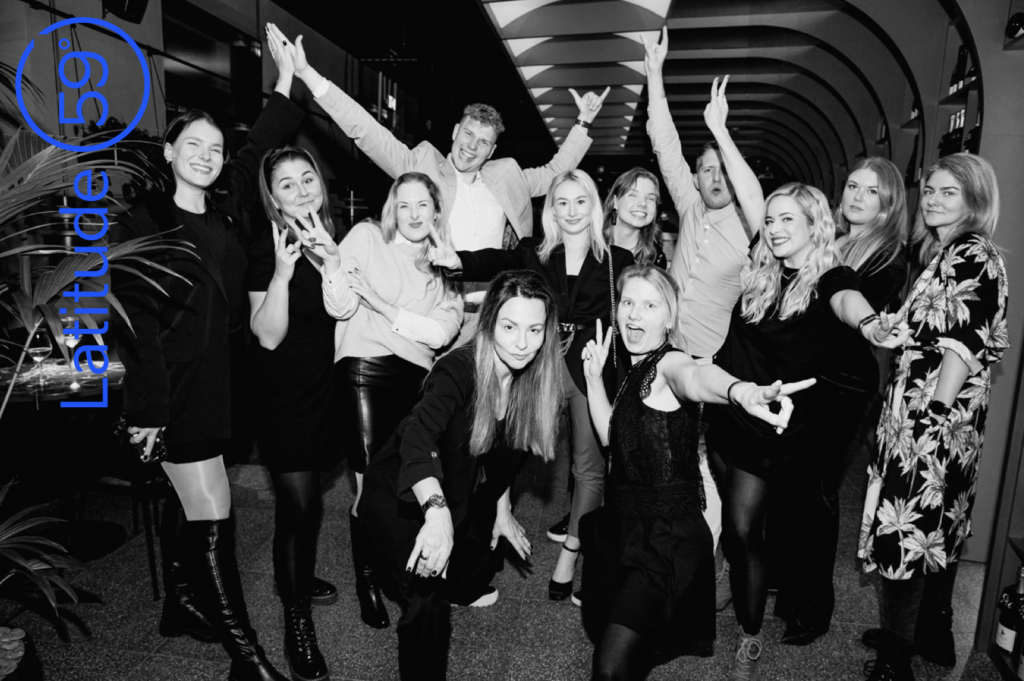 Be the first one to know anything Latitude59

This website uses cookies to improve your experience while you navigate through the website. Out of these cookies, the cookies that are categorized as necessary are stored on your browser as they are essential for the working of basic functionalities of the website. We also use third-party cookies that help us analyze and understand how you use this website. These cookies will be stored in your browser only with your consent. You also have the option to opt-out of these cookies. But opting out of some of these cookies may have an effect on your browsing experience.
Necessary Always Enabled
Necessary cookies are absolutely essential for the website to function properly. This category only includes cookies that ensures basic functionalities and security features of the website. These cookies do not store any personal information.
Non-necessary
Any cookies that may not be particularly necessary for the website to function and is used specifically to collect user personal data via analytics, ads, other embedded contents are termed as non-necessary cookies. It is mandatory to procure user consent prior to running these cookies on your website.
SAVE & ACCEPT